Sometimes, I wonder if the bends and twists on this road of life can break things.

Some days, I find the courage to admit that I’m scared.

As I read through these piles of research, scribble down notes, and whisper fragmented prayers, the outline of my next book surfaces. Sharing about perseverance despite life’s head-on collisions, steps toward healing slowly focus onto the page. Hope faithfully emerges.

But hope and healing are the last things Satan wants for me. Or you.

So he hurls roadblocks of shame and doubt, blaring distractions like sirens.

He loves to cause wrecks.

As we slip behind the wheel of life, you and I need to know this one thing to face tomorrow:
Christ wins.

This journey zigzags and twists, but what keeps us from faceplanting in a ditch is just that: Christ wins.

We stagger toward Sunday morning whip-lashed, bruised, and broken — desperately needing God’s Resurrection promise. Our hearts face suffering in this fallen world — but what can scare us when we know Christ wins?

When chaos shatters tranquility and we need peace like a river, God buckles us into His indestructible Resurrection truth that, no matter how dizzy the road blurs our vision, Christ wins.

It means we can risk it all to share the hope of Salvation, because when we surrender the driver’s seat to Jesus, we can release the wheel and rest in His amazing grace.

We suffer unexpected rollovers, yet we experience hope in this: Christ repurposes pain for His gain to use what we thought was wreckage for His glory.

Sharing life’s painful collisions with others could send us careening into the ditch of fear — to give up and not allow the power of His healing and forgiveness to shine bright.

Instead, His Word provides strength and assurance that this road leads precisely to one life-changing truth that buckles us in safe and sound:

And because He lives — we can face tomorrow. 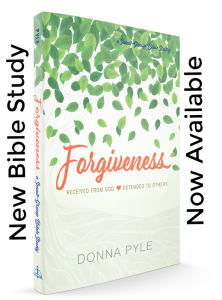 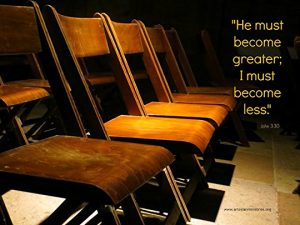 We hear that a lot.

Magazines embrace the vision of “Simple Living,” of pairing down, of decluttering.

Fashion shows promote what not to wear and dressing in straight-lined classics.

It feels new, fresh, and focused. Exactly what we need, right?

“Only one thing is necessary,” He reminded Martha, as she forgot and took a hard left into crazy.

Sometimes I forget, too.

In the midst of researching, writing, and commitments, the one thing gets lost in the shuffle.

This weekend I begin filming a brand new Bible study series for LWML based on John 15, “Where Love Abides.” Amidst all the preparation, I feel like I’ve taken a hard left into crazy. Just like Martha.

And I need to be reminded through His Word, “You are worried and anxious about many things, but few things are needed—or indeed only one.”

Only one thing is necessary.

That I walk in closer communion with Christ.

That I pause life’s chaotic pace to spend time at His feet.

That I tune out the crowd noise to hear His gentle whisper.

It’s simple—to take up my cross daily and follow Him.

Just that one thing.

In the lessening, He becomes greater.

Well, not really. But He’s getting me there.

One day at a time. 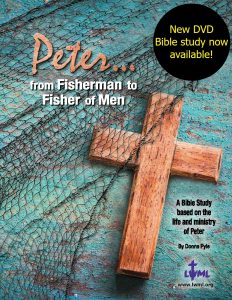 If history and literary geniuses have taught us anything, it’s that we love a good story. Stories that provide a new perspective. Stories that move our soul.

This is one of those stories.

Angie’s sister, Liz, was not very familiar with LWML since her Lutheran church in Idaho does not have an existing group. Her only familiarity with LWML is from attending her first LWML convention in Des Moines two years ago and the things that Drew and Angie have shared with her.

I hope Liz’s beautiful story (in purple below) about the incredible Lutheran Women in Mission touches your heart and encourages you today.

Some timid and proper, some outspoken and opinionated, many of them grandmothers, many of them widows. This used to be the extent of what came to mind when I thought of this particular demographic. I ought to be familiar with the subject, as the church I attend has many in its congregation.

After attending a bi-annual convention for an organization made up many little old Lutheran women (among others), I’ve been reflecting on the identity of these exceptional women:

The women who traveled to Albuquerque, NM, despite some of them being poor in health, limited in their mobility, or facing tragedy and heartbreak in their home lives, came to give yet more of their time to this group.

I attended this convention, largely due to the suggestion of my sister. I was running through all the reasons I should be at home in Idaho instead of where I was when the event was starting.

As the convention progressed, I received the same lovely compliments and encouragement in my faith, but this time from Little Old Lutheran Ladies from all over the world.

These women are to be admired and respected, not pitied or dismissed.

I’ve realized through family discussion that my grandmother on my Mom’s side (that I never met) fit this bill. I am watching as my Mom and her sisters become them.

What an honor it would be to be one day included in the Little Old Lutheran Ladies Club.

I’m so grateful to Liz for her beautiful words and willingness to share them with you. Ladies, I don’t know about you, but I consider it a high honor to be part of LWML for over 20 years now. We are prayer-warrior women of ALL ages, nationalities, and from ALL walks of life coming together with a passion to serve the Lord through mission work.

I hope you share this to encourage other women — and perhaps take a moment to comment below and encourage Liz.

The LWML has been bearing abundant fruit in God’s vineyard for over 75 years.

To God be the glory!